Esports In Asia: The Future Is Female

Home » Esports In Asia: The Future Is Female 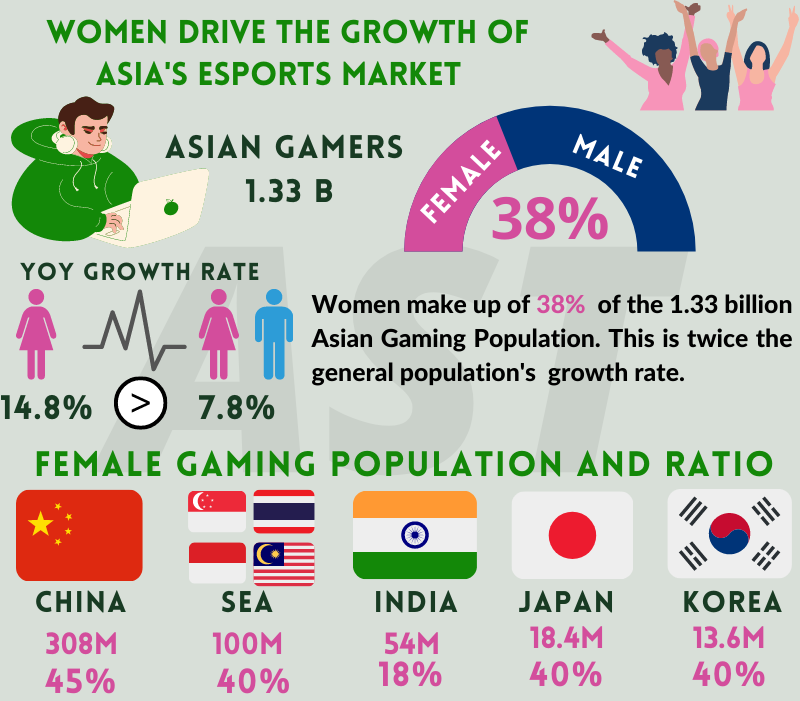 Asia has started to embrace diversity in gaming which initially catered almost exclusively to males. Though the gender gap is gradually narrowing and males still outnumber females in many gaming segments, female representation is fast becoming one of the defining factors of Asian Esports and is driving industry growth and gaming revenues. Endorsement & sponsorship revenues will also increase with the rise of all-female teams and tournaments as they provide unique and high rates of exposure for brands. This diverse and inclusive ecosystem will be crucial to the development of the overall gaming market in Asia and will provide key learnings for the rest of the global esports ecosystem.

Female representation is a key driver in the growth of Asian Esports
Women comprise 38% of the 1.33 billion gaming population in Asia according to research conducted by Google and Niko Partners. In 2019, the growth rate of female gamers in Asia made it the fastest-growing region in the world as the YOY growth rate of female gamers of 14.8% was more than double the YOY growth rate of the overall population of 7.8%. The numbers have continued to accelerate. In the key Asian countries, there are approximately 494 million female gamers, with 308 million in China, 100 million in Southeast Asia, 54 million in India, 18.4 million in Japan and 13.6 million in Korea. This explains why high female representation is becoming a dominant factor for the growth of the esports scene in Asia. 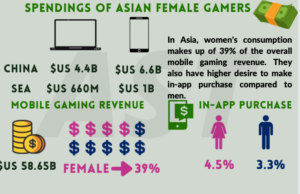 How are Asian Female gamers spending?
A substantial amount of the spending in the Asian gaming market is also from female gamers.  The revenue generated in the China gaming market is massive as    US$4.4billion and $US6.6 billion is generated on PC and mobile games respectively. Southeast Asia generated US$660 million on PC and US$1 billion on mobile games. Out of the total US$58.65 billion mobile games revenue, 39% of it is generated by female gamers. A study by deltaDNA also revealed that in Asia 4.5% of female gamers are more likely to make in-app purchases compared to just 3.3% of male gamers. As the market continues to develop, it is clear that women will provide an increasing percentage of the overall revenue for the sector. Data also indicates that women are more mobile-focused with 95% of them using mobile versus 45% on PC and 2% on consoles. 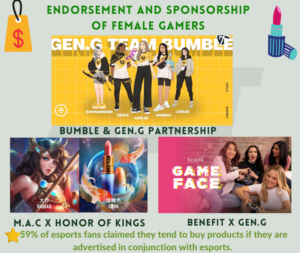 Endorsement & sponsorship increase and higher exposure for non – endemic brands
With the rapid growth of female esports in Asia, women are becoming key consumers for the esports industry and this has created a lucrative marketing opportunity for non-endemic brands. 59% of esports fans tend to buy products if they are advertised in conjunction with esports according to a 2019 Global Web Index survey. Dating app Bumble partnered with Gen.G, an esports organization founded in South Korea, to sponsor Team Bumble, an all-female Fortnite team. When MAC Cosmetics launched its collaboration with the popular Tencent mobile game Honor of Kings in China in 2019 & 2020, the product was sold out within 24 hours during both years. Benefit Cosmetics has also partnered with Gen.G to deliver an initiative targeting female gamers that included a series of beauty routine videos featuring popular female streamers and players. These examples demonstrated how powerful esports is as an advertising platform for females.

Another key factor about female gamers is that they are not just streamers but they are also active influencers and are diversifying the perspective of the gaming community bringing their own personalities and flair to the game. Julia Wu, Director of Marketing at 100 Thieves: “I think gaming influencers have built strong audiences even though through gaming, they can take their audience to anywhere they want. Like skincare, food, travel etc. They have the opportunity to do that because they have the audience already. I think we are still at the infancy stage of gaming influencers but there is so much potential to grow.”

The segment is big yet underserved
As esports becomes more mainstream for women, there will be more sponsors, media coverage and advertising revenue growth opportunities.  This is why female gamers are a crucial piece of the foundation of Asia’s fast-growing gaming market and their influence can’t be underestimated. Diversity and Inclusion is becoming a huge priority for brands and teams and a great example is an event such as the VTC Game Changers Series by Riot Games, a VALORANT programme, that allows women to compete and also provide them a “Path to Pro”. Jeanne Vetter, Business Development at Riot Games, recently said “We are hearing more and more from brands ‘What do you have that is really inclusive of women and marginalized genders’ that is an important strategy moving forward from a brand side.”

There are certainly many opportunities for developers, teams and sponsors to broaden their audience base through implementing “Curated for Women” marketing strategies and to trigger their interest and engagement with gaming in Asia.  Many of the changes currently taking place in Asia will drive esports growth in the region and will provide a model for the rest of the esports world to consider. 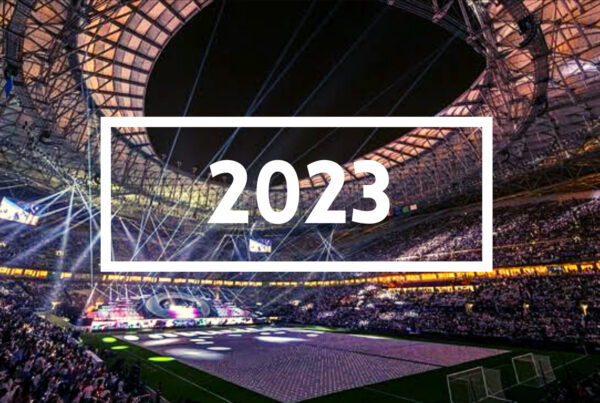 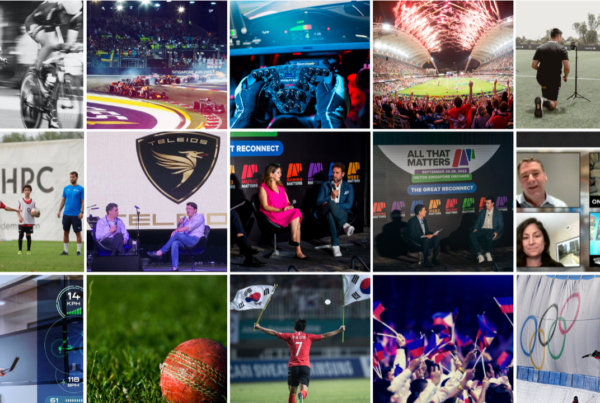 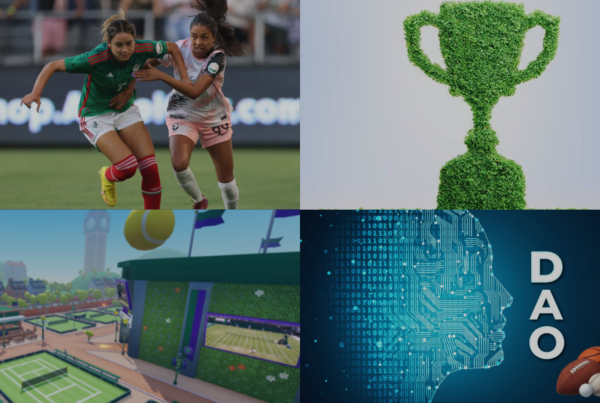 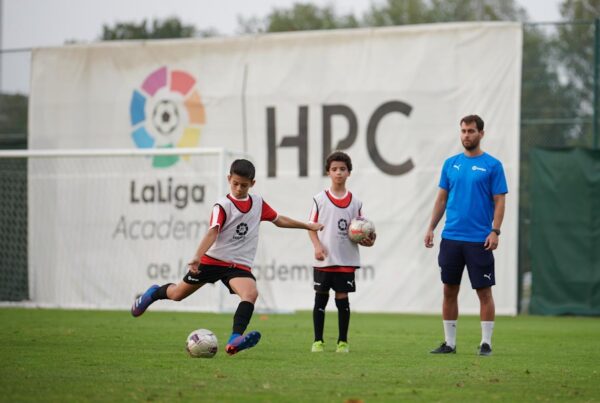