What makes Asia an Esports Powerhouse 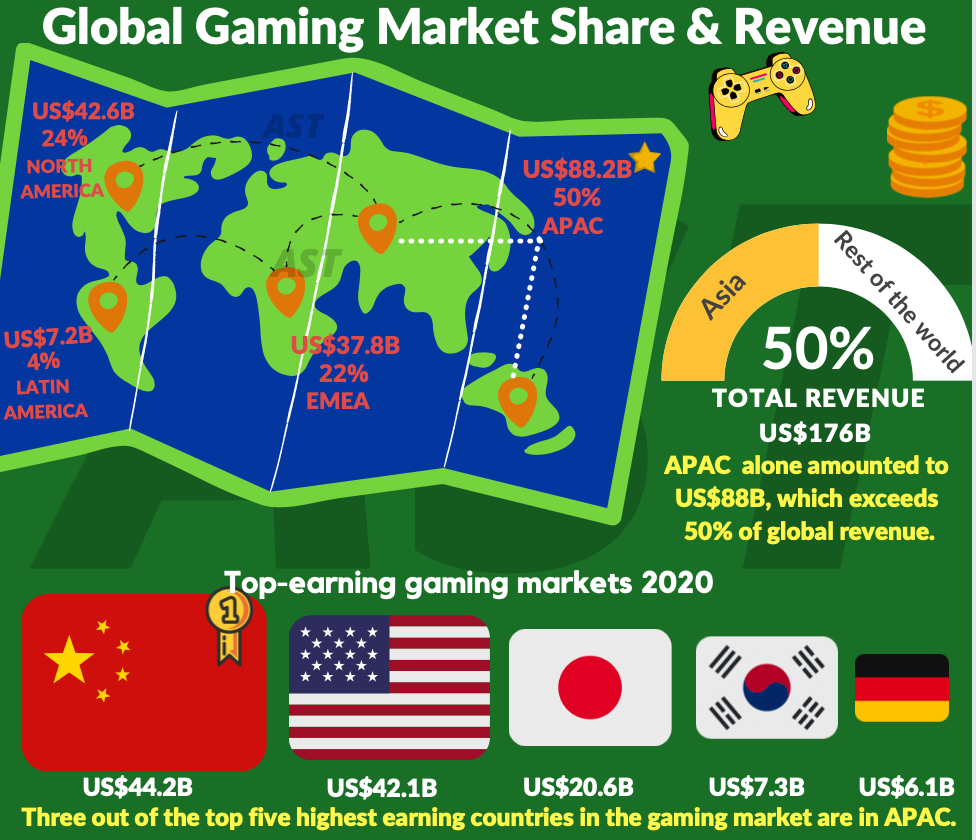 Asia has always had a huge influence on the development of the hypercompetitive esports world.  As an esports powerhouse, APAC owns the highest share of the global gaming market, has the largest gaming communities and the growth of Esports in Southeast Asia is accelerating. The gaming scene in the region is anticipated to be the strongest driver for growth and innovation and will dominate the entire industry resulting in more and more capital inflows and teams from around the world will want to break into the APAC market.

Asia is the Largest Gaming Market by Market Share & Revenue
Asia currently represents the largest gaming market in terms of revenue and market share, it made up more than 50% of the global esports market according to a report released by Newzoo in 2021. The gaming industry is predicted to be worth more than US$175.8 billion this year, while APAC accounts for 50.2% of projected global game revenues with US$88.2 billion estimated to be made where China itself will contribute US$45.6 billion.

In 2020, three countries from the APAC region including China, Japan, Korea, along with the United States and Germany represented the top five gaming markets in terms of revenue. They ranked first, third and fourth, generating US$44.2 billion, US$20.6 billion and US$7.3 billion respectively. 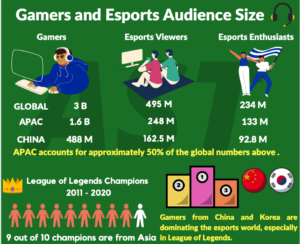 Asia Owns a Substantial Gaming Community
There are currently 3 billion esports players around the world, with 1.6 billion players in APAC, growing at 4.8% YoY. As a side note, the region also shares 54% of the world’s online population. Global esports viewers and enthusiasts are estimated at 495 million and 234 million, while APAC accounts for approximately half of the global number in these categories. China boasts the largest gaming population globally, there are 488 million gamers (China Game Industry Development Research Institute), 162.5 million esports viewers  and 92.8 million esports enthusiasts. (Newzoo).

On the other hand, many of the most promising stars are from China and Korea. They have been dominating League of Legends, one of the most-watched games in the competitive gaming world for years. From 2011 to 2020, 9 out of 10 champions, 16 out of 20 finalists and 25 out of 40 semi-finalists were from Asia and the last non-Asian champion was back in 2011. Not only do these professional players win a lot – they also earn a lot of prize money.. Chinese and Korean teams in total brought home approximately US$26 million of winnings from esports competitions in 2020 alone. 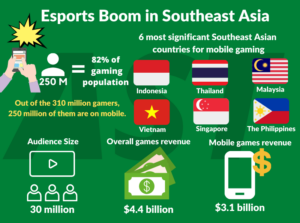 Esports Boom in Southeast Asia
Southeast Asia is another up-and-coming market that many big gaming companies are entering aggressively.  This is the fastest-growing region for gaming in the world, with approximately 310 million gamers spread across Indonesia, Malaysia, Thailand, Vietnam, Singapore and The Philippines.  This rapid growth is attributed to the market’s appetite for mobile gaming and the extensive deployment of 5G networks.. The number of mobile online gamers in Southeast Asia is 250 million, making up about 82% of the total gaming regional population.

At the end of 2019, Southeast Asia’s esports audience reached nearly 30 million and generated game revenues of $4.4 billion, with 16% Year-over-Year growth. The mobile segment alone generated $3.1 billion, which accounts for 71% of the total revenues (Statista). The market size continues to expand and is expected to reach 476 million gamers, generating an revenue of US$8.3 billion by 2023.

Although opportunities in Asia are endless, the market is also fiercely competitive.  Therefore to sustain a profitable esports business in this fragmented region definitely requires deep insights into value creation and diversification to generate effective growth. 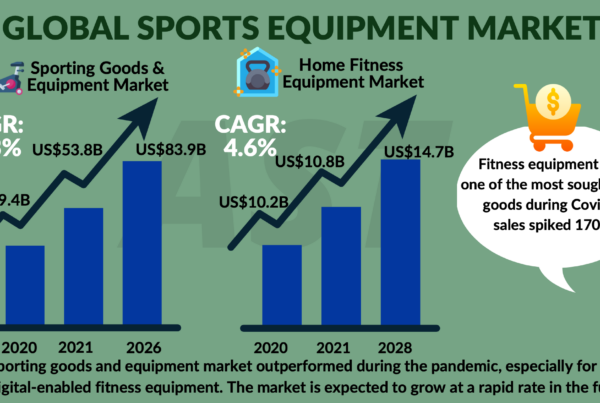 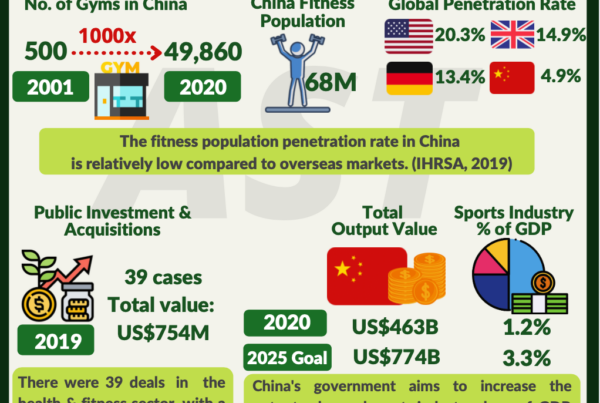 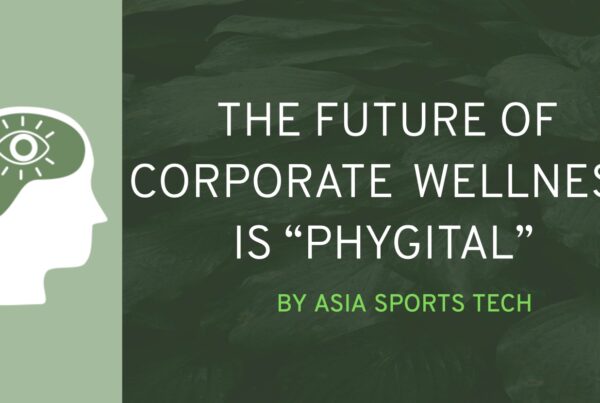 The Future of Corporate Wellness is “Phygital” – Future of Work 2.0 AmCham HK 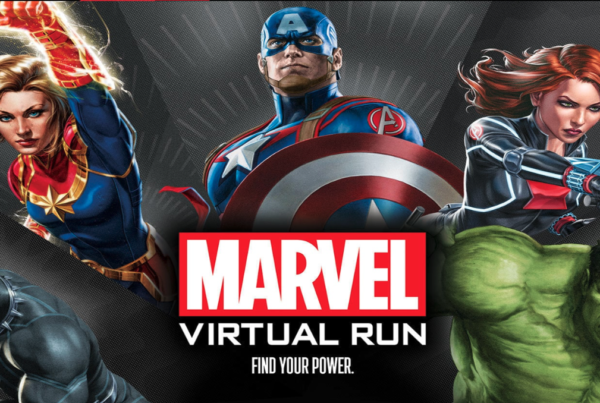